The Operating System (OS) of a PC is the core software that allows a PC to function. It is the foundation of the computer. All other programs and runtimes are built on top on the operating system and require it to run. The operating system links files and employs the hardware of the computer o do work. As such it is often the target of malware like viruses and Trojan. On some occasions there will be an operating system glitch due to corrupted files or incorrect installs which can break the system.

There are 3 major operating systems that are used across most devices:

Each OS has its strength and weaknesses, and we can do repairs and OS reinstallation on all of them when they break. 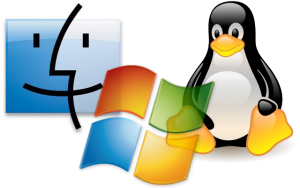 The best in the business

When something goes catastrophically wrong with your workstation, you need to be sure that you have the best experts getting you back up and running. At Oakville Tech, we have a reputation for being the most efficient and experienced in the business. Customer satisfaction is our number one priority. Contact us today to book your device in for an OS reinstallation.