There is nothing frustrating and possibly dangerous than having your PC or laptop infected with a Virus. A virus is program or piece if code that, much like a biological virus, infects and damages your computer. Virus removal is difficult as it a virus hides behind other programs and protects itself from deletion. A virus can infect your computer even if you have an anti-virus enables, so it is always advised that you exercise caution and awareness and do not install or download files from an untrusted source.

The Three Types of Malware

The term virus is the name of one part of the larger family of damaging and invasive programs known as Malware. They all have a similar effect on the PC, but the ways in which they infect it differ.

The titular virus is automatically installed and creates copies of itself on the host computer. It requires a host program to function and initiates itself when the host program is run. A virus is typically designed to destroy local files on the computer.

Much like a virus, worms attack and destroy files. However unlike a virus, they do not require a host file to access a computer. They typically find a way into the PC through email or firewall vulnerability and are aimed at infecting an entire network or creating openings for other malware to come through.

Named after the famed Greek subterfuge, The Trojan Horse, the Trojan malware operates in the same fashion as its namesake. It often disguises itself as a beneficial program, but once it runs, it infects the PC. 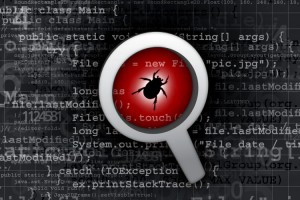 Viruses are a major inconvenience and can potentially be dangerous if they access or destroy sensitive information. At Oakville Tech you can rely on us to quarantine and destroy the virus with expert precision.